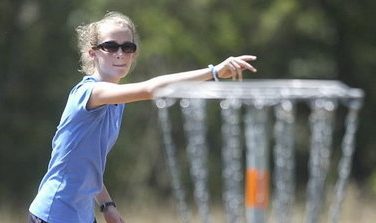 HOOVER, Alabama — Hoover’s Inverness Nature Park and Trails will soon be the new home to a disc golf course.

The course, off Inverness Parkway in Shelby County, is under construction by Hoover city workers and should be finished by this spring, Hoover Mayor Gary Ivey said.

Disc Golf Birmingham lobbied city staff to have the course located in Hoover. In November 2010, the Hoover Parks and Recreation Board voted to give its support to efforts to locate a course in Hoover.

“It’s a sport that anybody can go out and play,” said David Brown, president of the organization, which has about 250 members. “It’s very family-friendly, very pet-friendly. You can get out in nature, play and get your exercise at the same time.”

There is a disc golf course already at George Ward Park in Birmingham, two places in Trussville and one on the campus at the University of Montevallo.

Brown said the newest Hoover course will be known as the Inverness Disc Golf Course (INDIGO).

07-DISCGOLF.jpg
[Click here to download a PDF of this map.]
In disc golf, players try to land flying discs, or Frisbees, inside targets along an 18-hole course. The “targets” are chain baskets attached to a pole.

Brown said the course is becoming a reality with the help of Hoover workers, small businesses in the community and private donations. Academy Sports, the main sponsor, has paid for the baskets for the park, he said.

The Hoover course is long and wooded. Brown said it will have an amateur path and a pro path for professional players. Brown and Littrell said the course is low-maintenance, basically requiring mowing, which the city already provides at the park. Brown said there is no added cost to the community.

Disc golf enthusiasts said the sport is one of the fastest-growing in the country. It has a low impact on the body and is inexpensive, with some discs costing less than $10.

Littrell said the Hoover site could also be home to tournaments.