COMMUTING – Traffic delays are only getting worse 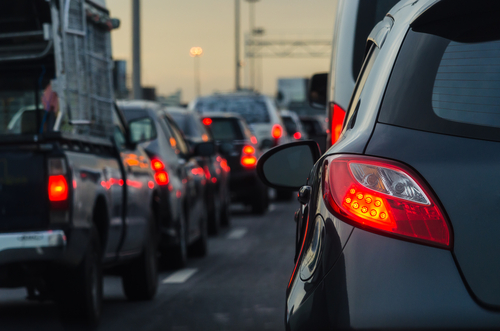 15 Mar COMMUTING – Traffic delays are only getting worse

BIRMINGHAM, Alabama — Daily commutes not only take longer but are becoming less reliable, with more congestion stretching throughout the day and into weekends, according to the Texas A&M Transportation Institute’s 2012 Urban Mobility Report.

For Birmingham, the study concluded commuters wasted an extra 35 hours and 18 gallons of fuel in traffic congestion in 2011.

The time delay estimate ranked 40th among 101 metro areas studied and was unchanged from 2010 but five hours less than in 2005.

The calculated congestion cost for the Birmingham area was $773 per commuter, which ranks 42nd in the survey.

Nationwide in 2011, Americans spent an estimated 5.5 billion hours of extra time and burned off 2.9 billion gallons of excess fuel because of traffic congestion for a total cost of $121 billion, the study shows.

In 2011, traffic congestion nationwide remained below its 2005 peak.

“In some areas, it’s starting to show some baby steps upward: 1 percent growth rates instead of three, four or five,” Schrank said.

The report also concludes that commutes are becoming more volatile, meaning drivers are less able to depend on day-to-day average travel times.

Researchers measured that for the first time in the most recent study by computing an index comparing exceedingly bad commutes — due to major accidents or bad weather — to normal travel times during free-flowing conditions.

Birmingham’s 2011 ratio, or planning time index, was 2.97, Schrank said. According to the index, that means in order to arrive somewhere on time, drivers with 20-minute commutes should give themselves about an hour to allow for the possibility of major traffic snarls.

The report calls for metro areas to urgently address congestion problems. Even in an era of shrinking funding, transportation agencies are finding solutions, Schrank said.

“They’re looking to try to squeeze more out of what they have,” Schrank said.

Planners are turning to better management of traffic flow through methods such as signal coordination, dynamic message boards to warn of coming traffic tie-ups and quickly detect and clear traffic accidents, Schrank said.


These are exciting times in Inverness! Inverness offers all the amenities that homebuyers are looking for, and our Hoover and Shelby County schools are second to none.